You are here:
BlogNews/EventsPress Release 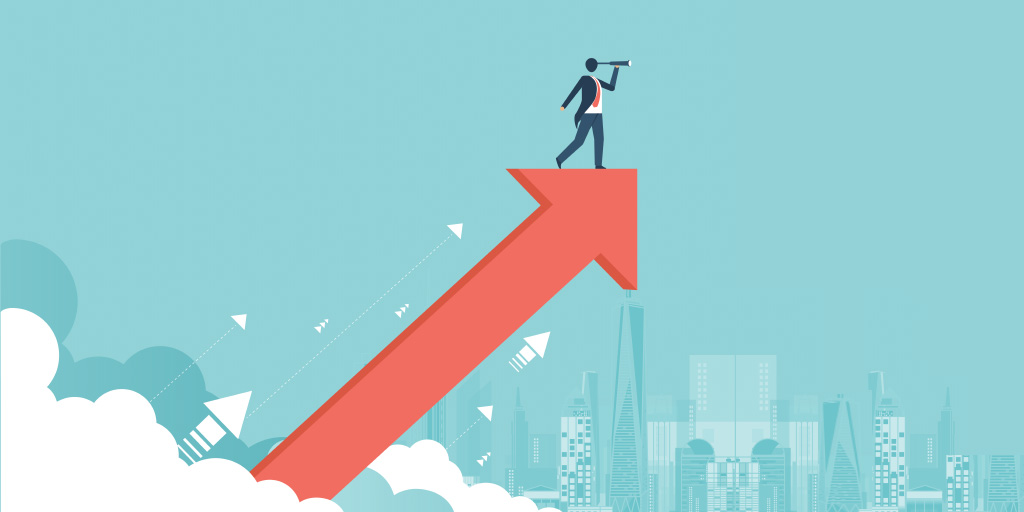 From Bootstrap to Booming, DiscoverVideo Reports Strong Growth in 2020

2020 has brought huge growth to DiscoverVideo products and services. Their DEVOS streaming video platform currently supports more than 30% of Connecticut’s public school systems, and hundreds of K-12 school districts and higher ed institutions across the United States. Their system is also used by governments, businesses, and healthcare facilities. When compared to 2019, revenues have increased 57%, system shipments have increased 250%, and new customers have increased 320%.

DiscoverVideo is one of several private video management companies that has flourished as a result of people working and schooling from home. The DEVOS enterprise video platform is constantly evolving to meet customer and technology needs, including web conferencing.

“One key to our success,” Mr. Mavrogeanes said, “is listening to our customers and making our software easier to use, yet more powerful, with every software update.”

DiscoverVideo was named to Streaming Media Magazine’s “Top 50” most influential leaders in streaming technology in August, 2020. It has also been nominated in 11 “best of” categories, including “enterprise video platform.”

Rich Mavrogeanes, serial entrepreneur and streaming industry pioneer, started DiscoverVideo in 2008 with a bootstrap approach. Having learned the risks of working with private venture capitalists, he only accepted loans and grants from the State of Connecticut. The business was profitable from the start, and free from the worry of private investors pushing him in the wrong direction.

“Venture capitalists encourage you to live beyond your means,” Mavrogeanes said. “At Discover, we don’t have to impress anybody but ourselves and our customers.”

DiscoverVideo is fundamentally a software provider that specializes in plug-and-play streaming video systems for education, state and local governments, and corporations.

Unlike most of their competitors, DiscoverVideo’s focus is on on-premises server solutions with a yearly software subscription. “While we are happy to provide cloud-based service for our customers, we encourage them to use the on-prem version, or a combination of both. There is a greater degree of privacy, security, and control that comes with having your own server inside your organization’s firewall,” says Rich Mavrogeanes.

Their customer base is geographically diverse, with many customers in Connecticut, the South East, the Mid West, and a few overseas.

Schools and companies use a video platform like Discover’s to broadcast video from a central location; the broadcast is simultaneously viewed in dozens of classrooms, or on thousands of desk tops and mobile devices. Mavrogeanes says, “For our competitors, video platform integration involves a deep involvement with the schools’ or company’s IT system. In this plug-and-play system, the level of difficulty is drastically reduced.”

Tim Wheeler, chief information officer for the New London Public Schools, agrees with Mr. Mavrogeanes’ claims of easy network and user interface. In 2012 they switched their video system to Discover Video with a state-funded grant of $120,000, which Discover helped them to write. Maintaining New London’s video system also gave the school significant savings over the previous vendor.

Wheeler says that teachers use the system for professional development, filming themselves teaching using an iPad on a tripod. Less experienced teachers draw inspiration from watching master teachers. All teachers use the video to critique and improve their “performance.”

Students use simplified cameras supplied by DiscoverVideo to film morning announcements. The school board uses the system to record its meetings. “We found teachers shied away from the old system because it was cumbersome to use, Wheeler said. “The main reason we use so much of DiscoverVideo is really how easy it is to use.”

A Discover client for almost a decade, New London’s Public School District didn’t miss a beat as schools closed due to COVID-19. They are now using the same recording and broadcast system for remote teaching and hybrid classrooms.

Toby Mathew, New London District’s Visual Information Specialist, reported that he used Learning Path, the video course creation tool, to prepare teachers for the 20-21 school year. He created videos for safety procedures and protocols, which were mandatory training. He said, “With Learning Path, I was able to easily create and share the presentation. Most importantly, we were able to document that everyone had seen the videos and completed the training. There was a question embedded at the end to verify they had watched and understood the training. We had some minor difficulties with the interface, but the DiscoverVideo help desk quickly resolved our issues. It was a huge help to have this kind of capability in a system familiar to teachers and staff.”

Virtual Ahead of Its Time

Discover is a lean team, with its management , development, and help desk based in Connecticut, and its sales team virtual in Florida. In the beginning, their vice president of engineering, an immigrant from Kuwait, used his Arabic-language skills to manage a development team based in Ukraine and Egypt.

Since COVID hit in March 2020, the CT team works virtually from home. Staff meetings are conducted using DVMeet, their own web video conference system. “Not only are we DiscoverVideo managers, we’re also clients!” said Mavrogeanes.

The Next Five Years

As the development of DiscoverVideo enterprise video platform’s 5th generation nears completion, Mavrogeanes looks into the future by reflecting on his four-decade career in the video streaming industry.

“What’s coming next for streaming is the same as ever: faster and more secure transmission, higher definition picture, and easier implementation and management. What that means for DiscoverVideo is continued growth. There are plenty more campuses, companies, and communities who want to upgrade all their video communication needs with a high-touch one-stop solution.”

DiscoverVideo is a US-based leading software, hardware, and services provider for broadcasting and delivering live and on-demand video, presentations, and digital signage. We focus on the enterprise where network citizenship and security are crucial. We support all five screens and a complete video ecosystem. Our customers include educational institutions, schools, corporations, and local, state, and federal governments.

Responsible for cultivating partnerships and customer satisfaction, Mike is an expert in IP communications marketing, with over 20 years of management experience.